This healthy Halloween snack is actually a lot of fun to create!  Use up the veggies in your kitchen to create as silly or scary of a skeleton that you wish.  Using your favorite dip as the face will be an extra incentive for people to eat this veggie tray up (and a good idea, since Vitamins A,D,K and E, found in veggies, are absorbed best with the addition of a healthy fat), but brace yourself, you may have a hard time seeing your skeleton vanish before your very own eyes…

For the Skeleton Body & Face

PLACE bell pepper slices on a baking tray lined with parchment paper and roast under the broiler for 10 minutes, or until charred.

TRANSFER bell pepper slices to a high speed blender with cilantro, garlic, avocado oil and sea salt and blend on high until pureed. Store sauce in a small ramekin.

ARRANGE your veggie skeleton on a serving tray by placing your ramekin with sauce near the top of the tray to use as a face.

START to build your skeleton’s body and design its face.

BE creative with your skeleton and use any veggies you have on hand.  This is a great snack to set out for loved ones and any parts that are not eaten right away can be chopped and added to a salad (using leftover sauce as a vinaigrette). 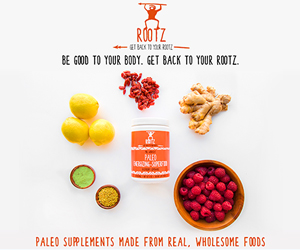